At a time when prix-fixe menus are becoming more common, omakase menu prices are on the rise, and some of us feel like we've "been there; done that" with the L.A. food truck scene, enter Wes Avila, chef/owner of Guerrilla Tacos. Prior to arriving on the scene in 2013, this native Angeleno graduated from Le Cordon Bleu and worked for some of this food city's top chefs before studying at Le Centre de Formation d'Alain Ducasse. But rather than continuing along the prescribed path of haute cuisine, Wes dreamt of becoming the "best taquero in Los Angeles." 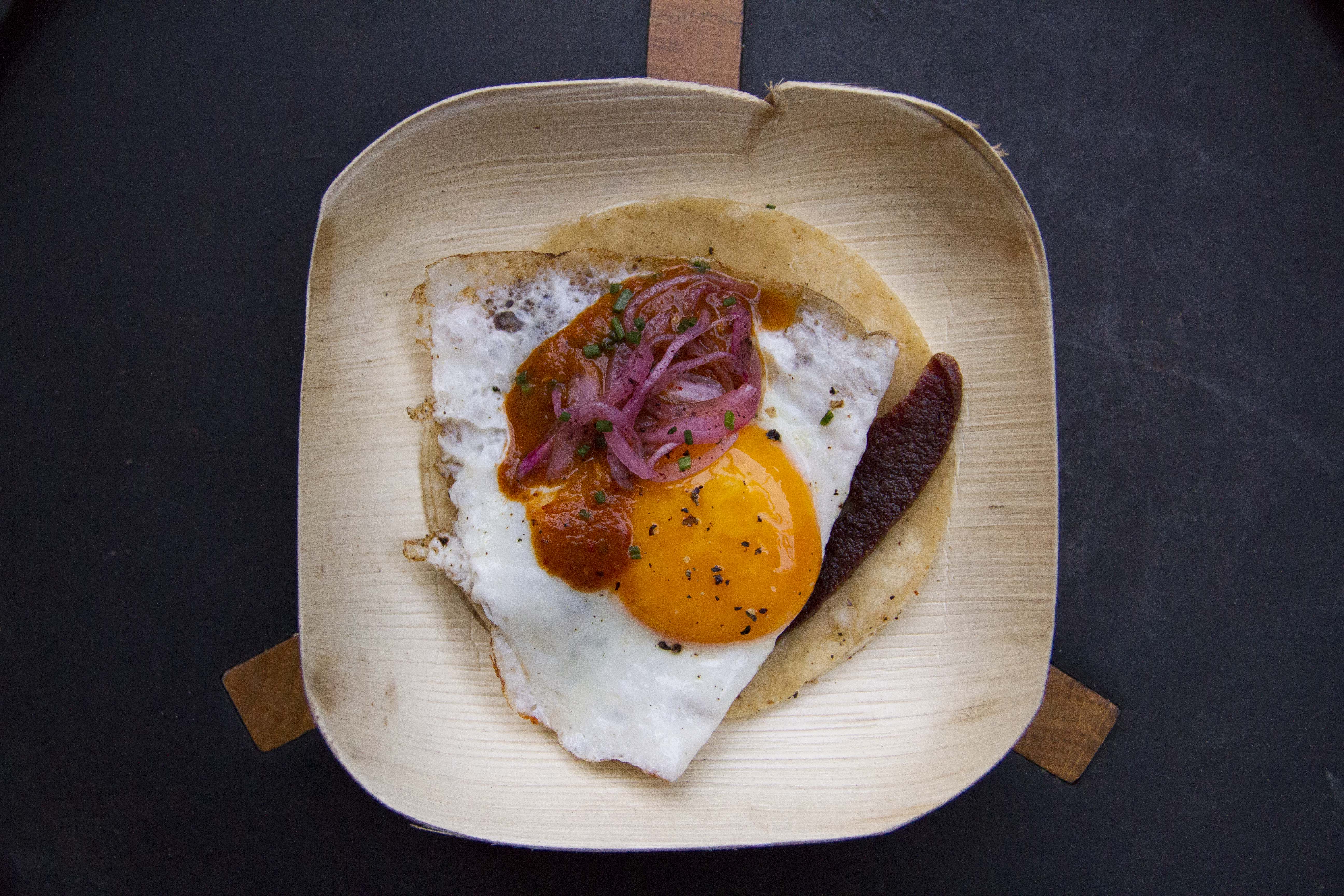 What Exactly is a Taco, Anyway?

And that's exactly what he's done, only Wes is revolutionizing the taco daily. Rather than doing just another ethnic take on tacos, he's caused us to question: "What exactly is a taco, anyway?" Sometimes folded, sometimes flat, the daily menu updates on his Facebook, Instagram and Twitter feeds announce unusual ingredients that range from foie gras to uni to truffles, quality meats and seafood, custom-blended sauces, nuts and always fresh seasonal produce from local farmers markets. By incorporating fancier ingredients typically reserved for fine dining, Wes has essentially democratized his Guerrilla Tacos so that everyone—regardless of how much change you carry in your wallet—can afford to experience and enjoy these gourmet ingredients.

With tweets like: "#tostada #ahituna #tastypluots," Wes has cultivated a devoted following of Angelenos who check his feeds daily, in eager anticipation of each day's new menu offerings.

It's a deeply personal statement for Wes—and for all Angelenos—about what it means to be living here in Southern California right now. Drawing from his homegrown Mexican American roots here in our beloved city, with access to year-round sun-kissed, seasonal produce, the constant influx of diverse cultures and the openness to culinary inspiration from the world over, Chef Wes Avila's Guerrilla Tacos know no bounds. 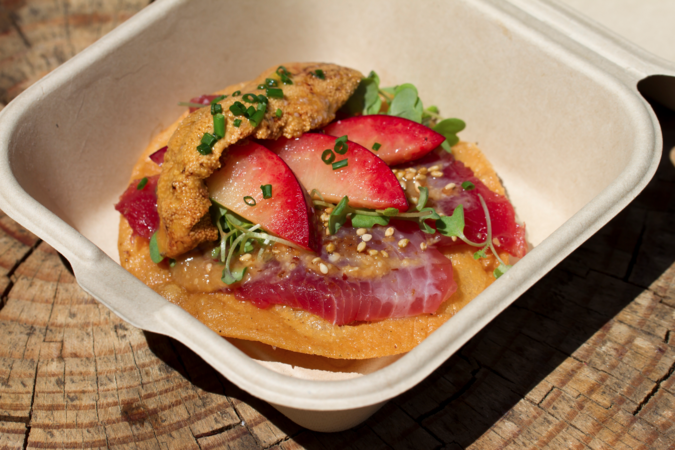 If I had to name one dish that best captures Southern California right now, it would be Wes's uni - pluot - miso - ahi tuna tostadas. Served atop a perfectly crisped tostada, Wes lays down a bed of beautifully sashimi-ed ahi tuna sourced from the Santa Barbara-based uni diver and darling of the local seafood community, Sea Stephanie Fish. Together with slices of the season's best flavor king pluots, he crowns his creation with uni, fresh from the morning's catch.

With every bite, contrasting textures and bold, complex ingredient combinations excite the adventurous palate. A corn tostada serves as the crunchy base for sweet, briny uni and ahi, to go with the floral, nectar-like aroma of flavor king pluots. Avila marries the various elements together with a splash of shiro (white) miso and lime dressing, before garnishing his tostada with toasted sesame seeds, chives and daikon radish sprouts. 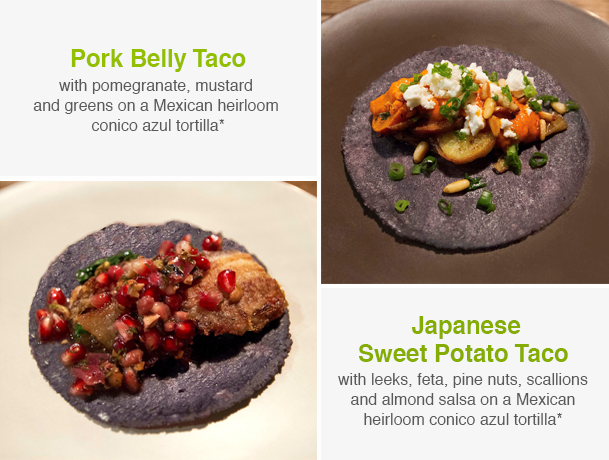 *The blue corn tortillas used in Chef Wes Avila's Pork Belly and Sweet Potato Tacos were handmade by Chef Carlos Salgado of Taco María from conico azul, one of 60 prized Mexican heirloom corn varietals that chefs around the world are working to protect. For more information on the global effort to preserve this rich culinary heritage, or to join them as they urge the Mexican government to reverse its decision to allow GMO maize to endanger the diversity of Mexico's indigenous corn varietals, click here.