From ancient India and China to Greece and Rome, ginger has been revered as a medicinal but culinary spice with endless possibilities. Maybe you have already noticed that fresh ginger, cooked ginger and dried ginger taste totally different? How can ginger achieve its flavour versatility? What happens when you use fresh ginger, compared to cooking or drying it?

Spices like fresh ginger generally contain a broad range of aromatic components. When describing ginger aroma descriptors like ‘citrus’ or ‘spicy’ pop up, but woody and floral notes also tend to determine the aroma of ginger. Besides, there are many types of ginger available, ranging from the Chinese pungent ginger to the more lemony Australian ginger. 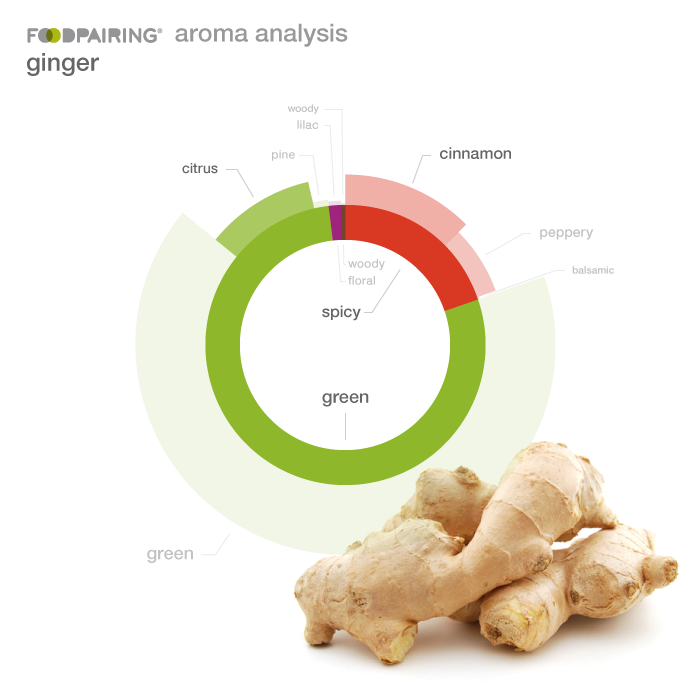 Fresh ginger gets its pungency and aroma from the flavour compound gingerol. Nevertheless there’s a significant difference between aroma and pungency: aroma is about the sense of smell and the different aroma descriptors (as we can see from the chart listed above) whilst pungency is not a smell. Pungency is based on our sense of feel and nerves. Back to gingerol. Gingerol is a relative of capsaicin: according to the scoville scale it is one of the spicy components in chilli peppers. Compared with the others, gingerol is actually the least powerful component of the group. Therefore gingerol is more easy to change while cooking or drying.

When cooking ginger gingerol transforms into zingerone (by a reverse aldol reaction). Zingerone is less pungent and contains warmer and spicy aromas. Remember: in approach to fresh ginger, candied ginger is less pungent.

When ginger is dried gingerol undergoes a dehydration, forming shogaols which are twice as pungent as gingerol. In contrast to its pungency, the aromas remain the same. If you want to add pungency to a dish, you are better off using the dried ginger powder instead of fresh ginger.

Discover interesting flavour recipes made by Foodpairing®. The Foodpairing® Kitchen created one cocktail and one soup with ginger and pear. The Ginger-Pear Collins recipe is putting a spin on the classic Tom Collins making it an appealing spicy & citrus flavored cocktail! The combination of ginger and pear also works well with soup. By adding celeriac and parsley, this soup recipe enhances spicy flavours. 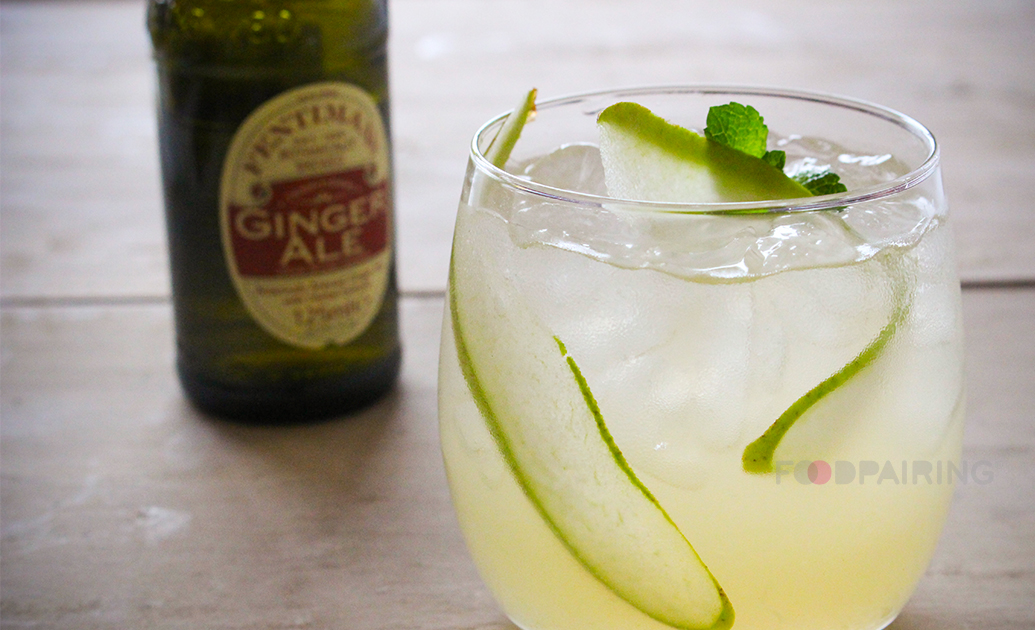 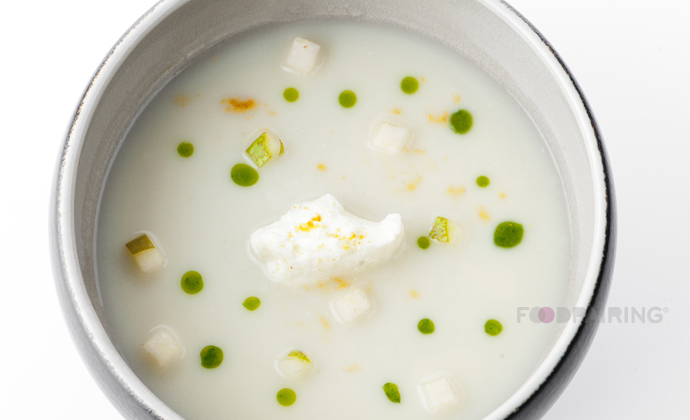