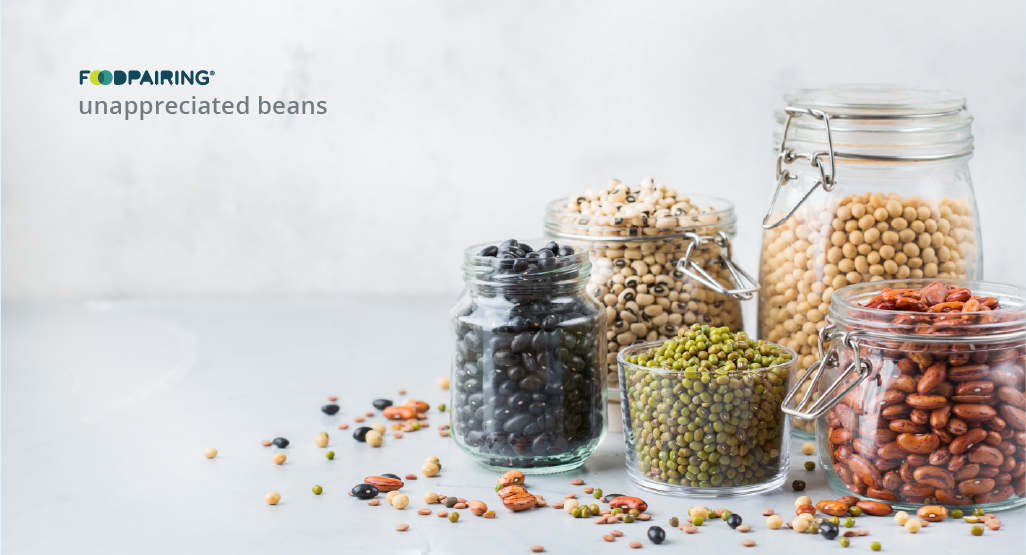 Beans are fruit or seeds belonging to the legume family. There are many different varieties with some differences in appearance, composition, texture, and flavor, but they’re all valuable sources of protein, fiber, and other nutrients. Thanks to these attributes, they are the perfect replacement for meat.

Beans are made of over 20% protein and contain all nine essential amino acids the human body needs to acquire from food. Legumes are extremely healthy, available, easy to prepare, cheap, and tasty. They contain diverse minerals, such as potassium, copper, zinc, magnesium, manganese, calcium, iron and phosphorus. Beans are a source of thiamine, riboflavin, niacin and vitamin B6. There is a recommendation by the U.S. Dietary Guidelines to eat about three cups of legumes (therein beans) per week.

The bean-like flavour of beans is a combination of bell pepper-like molecules with green / grassy and woody notes. Pyrazines provide the bell pepper-like smell. Green undertones are detected, especially waxy (octanal) and green (heptanal). Grassy scents are the result of hexanal, which is found also in tomato, rhubarb, kiwi, and apple. Nonanal provides a citrusy / orange flavor. In some beans, you can taste a nutty nuance. Each variety differs in its amounts and types of fatty acids, which produce versatile aroma molecules: more fruity (esters, lactones), green (aldehydes, epoxides), and others.

Cooking beans can be quite a long process, during which new flavor compounds are created as a result of chemical transformations such as caramelisation, Maillard reactions, and Strecker degradation. These changes provide a myriad of versatile substances that create new complex aromas. They appear to be mainly caramellic and roasted notes, but also vegetables undertones of potato or onion and delicate floral scents.

Differences between varieties Let’s focus on five varieties that are included in the ‘Future 50 Foods’ list: Adzuki, Black turtle, Cowpeas, Mung, and Soybeans. Soybeans have the most complex aroma, while Adzuki and Black turtle have a more subtle aroma. Adzuki is rich in nutty and fatty waxy notes. The most beany are Cowpeas and Mung beans, thanks to the mixture of woody, green, and bell pepper flavors. The highest amount of greeny compounds is found in Soy and Mung beans, providing a characteristic grassy nuance. Soybeans and Cowpeas display the highest citrusy concentration in their profile. The best meat replacements are Mung and Soybeans due to large amounts of compounds that give a meaty aftertaste, especially when paired with roasted notes in Soybean.

Due to a distinctive aroma profile, each bean is used in different dishes with versatile ingredients.

They are traditionally used in Japanese and Chinese cuisine, mainly to prepare sweets like osekihan (mixed with sticky rice), jelly yokan, and the paste ‘Anko’ that is a perfect filling for dorayaki, mochi, buchi, and other pastries and ice-cream. The chemical composition explains why it goes so well with sakura, rice, sake, honey, cocoa powder, and lotus root. Try these beans with kaki, strawberry, apricot, pecan, hazelnut, and violet. A surprising but delicious pairing is Adzuki with Gruyère, sharp Cheddar, potato, cucumber, fried gumbo, or champignon.

These beans are a staple in Latin American, Mexican, and Caribbean cooking. They are usually a base for soup or stews and used as a filling for quesadillas, enchiladas, burritos, or taco. They also act as a great garnish for your salad, polenta, or poached egg. Black turtle beans pair well with plantain, freekeh, chipotle, fermented tofu, salicornia and even with coffee or dark chocolate. Try to incorporate some sweetness from fruit, such as rambutan raspberry, apricot, raisin, dried plum, or lavender honey.

Mung beans are native to India, where they split and peeled, then added into dahl and other stews. Chinese cuisine mixes them with rice for stir-fry and uses them to make beany desserts, such as ‘tángshuǐ’ which means ‘sugar water’. In Korea they prepare pancakes, called ‘bindaetteok’. The batter is made from ground soaked beans mixed with vegetables, meat or fish with no added eggs or flour. You can take a culinary trip to Hong Kong by making popsicles or sorbets with mung bean paste. A traditional use is turning mung beans into flour that is transformed into noodles. Match mung beans with codium, tomatillo, guava, tomato, cucumber, or flaxseed. Add some Langres, Parmigiano Reggiano, or Maroilles to draw out the meaty flavor.

Soybeans originate in Asia where they are converted into other products, such as tofu, natto, tempeh, miso, soy sauce, and soy ‘milk’. The simplest dishes are immature or steamed beans with pods called ‘edamame’. Soy will pair well with fried gombo, siyez bulgur, tzatziki, dwarf banana, enoki, and sweet potato. Flavor them with basil, parsley leaf, garlic, mint and rose, or with ginger bread with cinnamon, anise, liquorice and Tahitian vanilla.

Discover your own bean pairings with our Foodpairing® Tool by subscribing now. Already have an account? Log in. 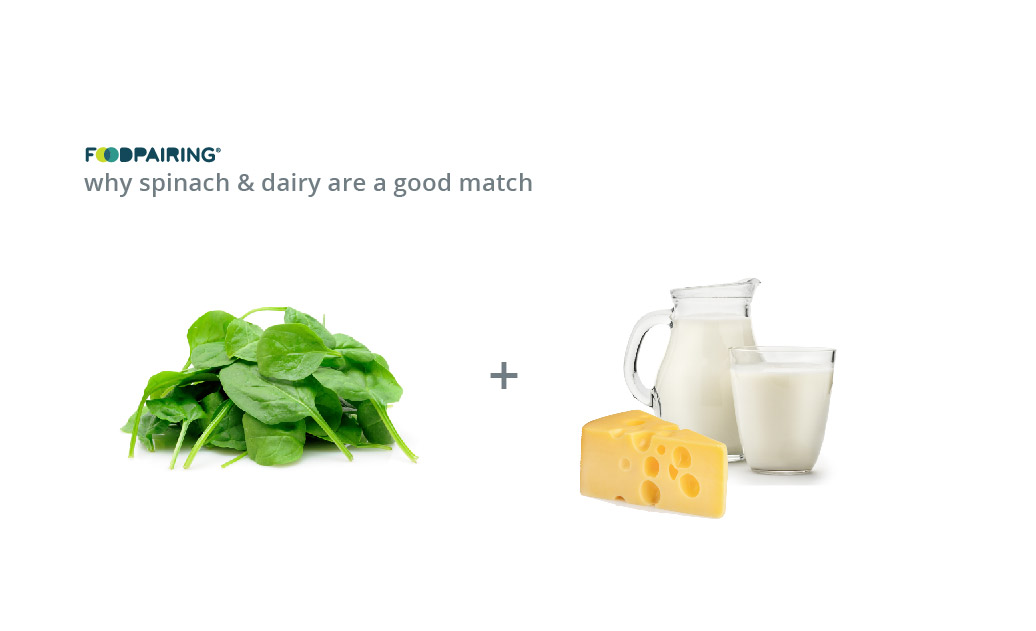 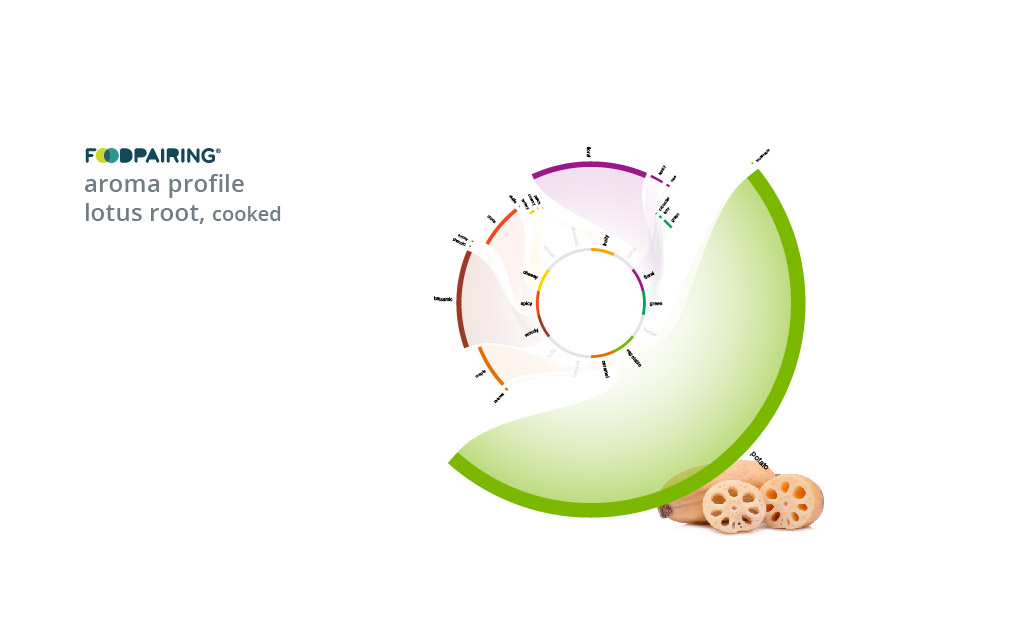