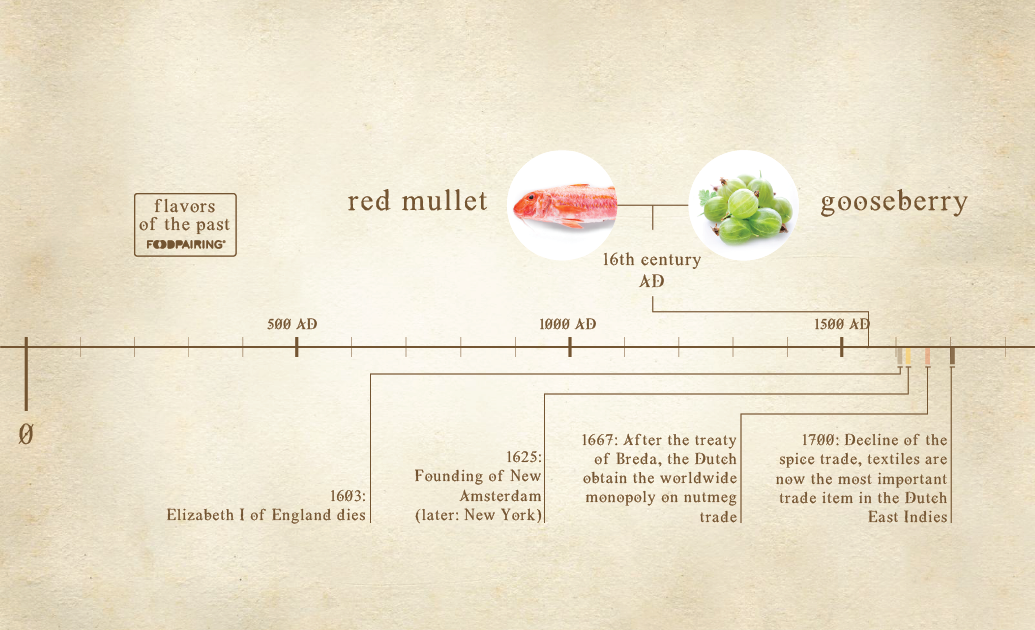 Let’s face it—foodies are snobs, discriminating between what we deem palatable, and what we consider passé or tasteless. We go to great lengths to distinguish ourselves as chefs or mixologists, ethnic food aficionados or wholesome granola-types.We reach for the exclusive, high-end products on store shelves but tire of them once they become mainstream. For centuries now, humans have aspired to standards of taste and distinction, as is evidenced by the transition from medieval dried spice pairings to the fresh herb, fruits & vegetable pairings that distinguish the early modern European cuisine during the 16th and 17th centuries.

Navigating away from medieval spice pairings

Europeans' taste preferences changed considerably. Handwritten medieval cookbooks showcase spectacular dishes heavily spiced with ginger, saffron, cloves, nutmeg and black pepper. These sought-after spices were extremely expensive, which led several seafaring kingdoms to seek direct access to India and Indonesia. In fact, when Christopher Columbus set sail, he was hoping instead to discover a more easily navigable route to the spices and wealth of the East Indies. Once Portuguese explorers like Vasco da Gama and Ferdinand Magellan established direct trade routes between Europe and the Far East, these previously rare spices were suddenly much easier to obtain, making them a lot cheaper and more commonplace.

"Gradually, a simpler taste pattern began to emerge, which highlighted the natural flavors of ingredients, enhanced by flavorful stocks and fresh herb accents."

Furthermore, the first printed cookbooks of the late 15th century gave wealthy traders and city dwellers a glimpse into the pots and pans of the privileged class and, as a result, the mystique of heavily spiced dishes eventually lost its exclusivity. As it became less and less fashionable for elite diners to use cinnamon, cloves and saffron in their dishes, they sought new ways in which to distinguish their refined palates. (Such snobs!) Gradually, a simpler taste pattern began to emerge, which highlighted the natural flavors of ingredients, enhanced by flavorful stocks and fresh herb accents. 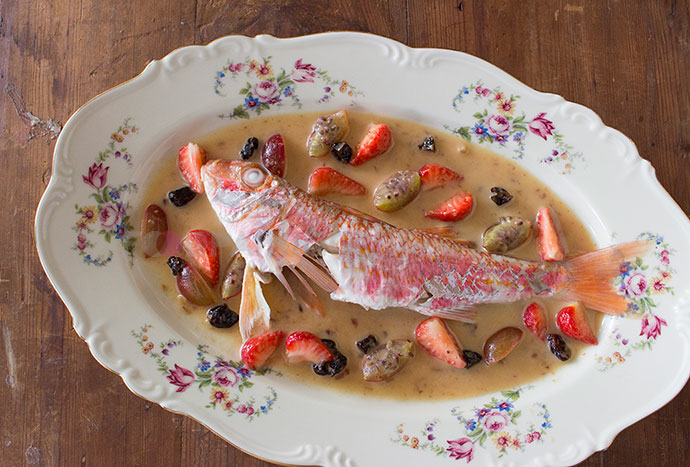 No Longer confined to the medieval culinary framework, the 16th and 17th century cooks were now free to experiment with new and different ingredient combinations in their attempts to excite and entice early modern diners. One Danish cookbook calls for salmon with applesauce. Some English cookbooks that I happened upon mentioned veal pies with pear and rose water, or eel paired with asparagus and artichokes, essentially predating anguilles au vin blanc. The cooks of the French court were meanwhile serving duck in a chocolate sauce with chestnuts and mushrooms. Bartolomeo Scappi's magistral cookbook for the papal court of 1570 has a recipe for fried hops served with orange juice and squash soup with gooseberries. The following recipe from "A Book of Cookrye" (1591) for Mullet with Rosemary, Strawberries and Gooseberries is meant to be served in a yeast sauce, which may sound rather unusual, but it’s an absolutely delicious dish worth trying. 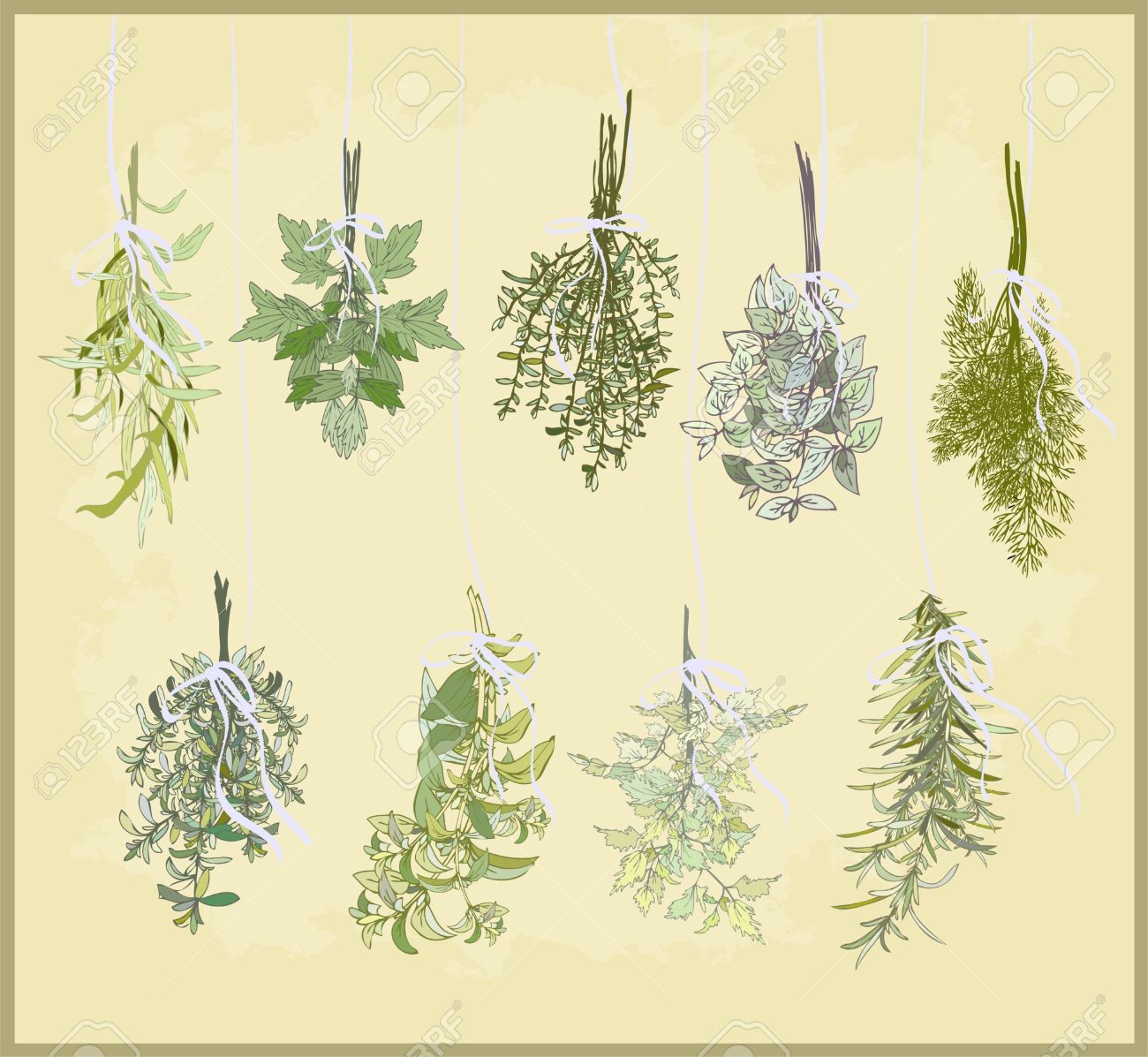 Green herbs such as parsley, thyme, chervil and tarragon were used to accentuate the hearty flavors of fish pies and meat stews, rather than overpowering them. The 16th century "English Proper Newe Booke of Cokerye" mentions a hodgepodge of mutton, flavored with parsley and marigold flowers. In the 17th century, English writer John Perkins suggested adding chervil to his salads for its delicate anise-like aroma, as a means of enhancing other herbs. The 17th century cookbook of Sir Kenelm Digby combines chicken leftovers with lemon, tarragon, chives and rocket (arugula) salad. Another cookbook of the same era—this time a Danish one—mentions a finely cut veal roast flavored with juniper berries and then stuffed with sage and bacon strips (thus closely resembling a modern Italian saltimbocca). In 1765, "Le Cuisinier" author Pierre de Lune mentions a bundle of sweet herbs (a bouquet garni) consisting of chives, thyme, chervil and parsley…complete with a strip of bacon.

Fruits and vegetables, which had been largely ignored in medieval cuisine, played an increasingly more prominent role in these early modern cookbooks. Not only was there a dramatic rise in the number of vegetable dishes mentioned in cookbooks, but early modern cooks suddenly given more options to choose from. Ingredients like mushrooms, artichokes, asparagus and other tender shoots were particularly in vogue. These fresh, flavorsome vegetables were preferred by the elite class over starchy, filling vegetables. Fruits were often used in both desserts and savory main courses. Scappi's cookbooks include such recipes as braised sardines served with prunes, grilled turbot seasoned with rosemary and cherry accents, as well as a squid stew with raisins. And for dessert, Scappi presented the papal court with a crostata filled with apples, quince and verjus grapes.

Charting a course for a more sophisticated palate

Indulgent foods grew popular as cooks and gastronomes sought new methods for incorporating different types of ingredients. Cooks also employed a broader array of kitchen techniques to prepare meats, from braising in court bouillon to preparing fried meat croquettes and wrapping tidy meat packages strips of bacon. The heavy medieval sauces once made from roasted breads were replaced by delicate sauces thickened instead using liaisons (cream and egg yolk) or roux (fried flour and butter). No longer constrained by the medieval culinary framework, cooks of the 16th and 17th centuries began experimenting with wholly new flavor combinations, in an effort to entice and excite their early modern diners. 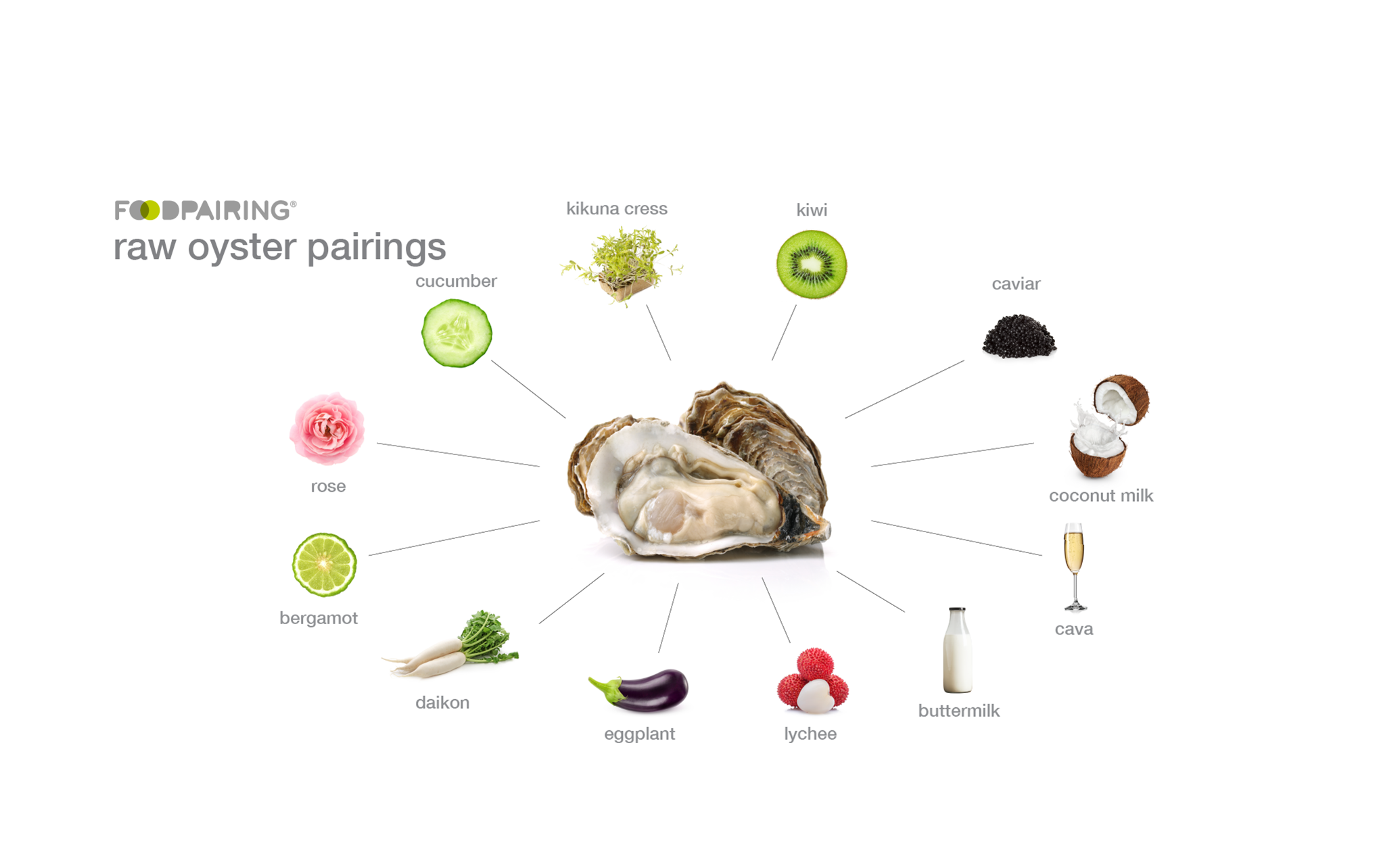 3 Oyster pairings to jazz up your holidays! 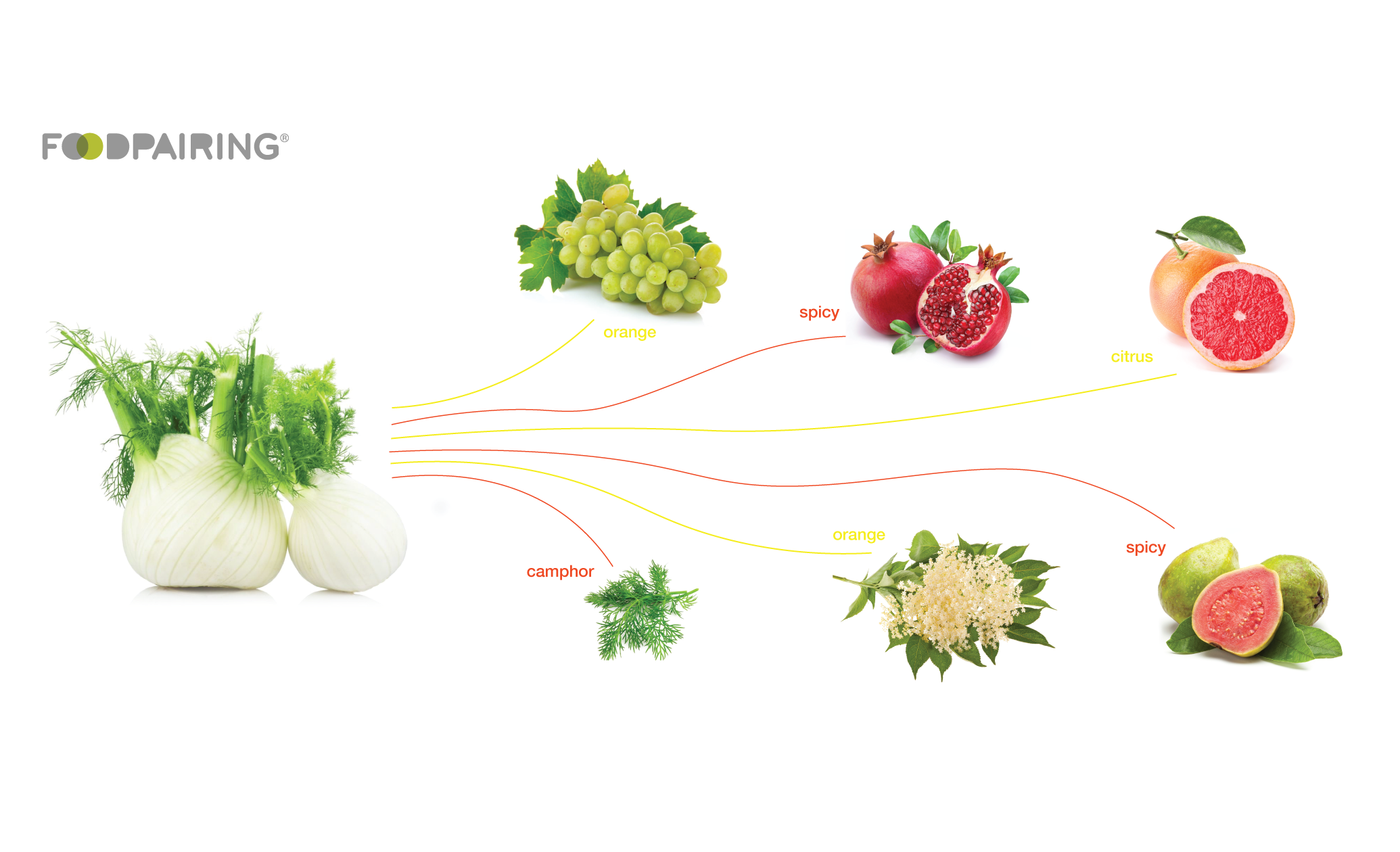