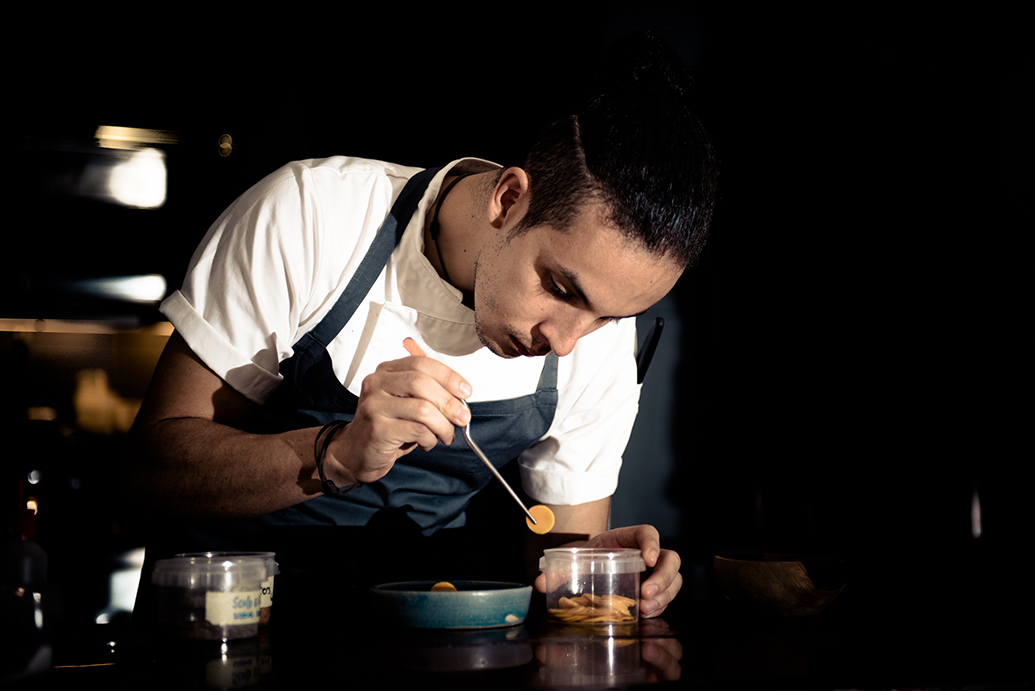 Living thousands of miles away from home, it’s often said that familiar flavors and smells have the power to instantly transport a person back to his or her home country. At Restaurant Taller in Copenhagen, Venezuelan Chef Karlos Ponte explores and reimagines the regional flavors and traditional culinary practices of his homeland through the modernist lens. In doing so, he has quickly distinguished himself as one of the most provocative new chefs of the Nordic dining scene.

While many others in the restaurant world demand and reward expediency, Chef Karlos Ponte cuts no corners. He stokes the embers of tradition at Taller by reinterpreting even the most time-consuming Venezuelan dishes. Cooking with the love and care that are every bit a part of this culinary heritage, the team at Taller (which means “workshop” in Spanish) work together as a family to preserve the richness of the Venezuelan story.

But how does one even begin to describe the flavors and landscape of a country so varied from region to region? To the north, where the seafood is plentiful and seasoned with African influences from Trinidad and Tobago, Venezuela’s Caribbean coastal region remains hot and tropical. Passing north up through Colombia along Venezuela’s mountainous western edge run the Andes mountains toward Lake Maracaibo, where corn meal arepas, plantains, river fish and meats are common. The dry mountainous landscape of this western region stands in sharp contrast to the central expanse of Los Llanos (The Plains) and the arid climate of La Gran Sabana, where indigenous groups subsist primarily on cassava in its various forms. Further south lie the lush tropical forests and jungles of the Amazonas, where several ancient indigenous groups hunt and forage.

"Chef Karlos Ponte explores and reimagines the regional flavors and traditional culinary techniques of his homeland—all through the modernist lens."

The Flavors of Home

In his kitchen at Taller and through his ongoing travel documentary series, "Des Cubiertos," Karlos is determined—not simply to bring Venezuelan cuisine to the international forefront—but perhaps even more importantly, to capture the rich regional flavors and cooking techniques to share with the people back home. Separated by great distances and, in some cases, economic means, "DesCubiertos" is intended to nurture and preserve Venezuela's own gastronomical culture, while fostering a sense of culinary pride amongst those living throughout the country's various regions. By connecting these disparate cultures with one another, Karlos' great hope is that aspiring young chefs might themselves derive new inspiration for their own craft.

Working within the context of these regional Venezuelan traditions, Karlos continues to seek new meaning within such time-honored practices. From cocktails to appetizers to dishes and desserts, every item on Karlos' menu tells a story of his rich cultural heritage. And, like a tree that continues to root deeper, he brings new life to the traditions of Venezuela's different regional cultures, spreading even more branches as he reinterprets each of their traditions into the vibrant flavors, tastes and textures that he shares with his guests at Taller. 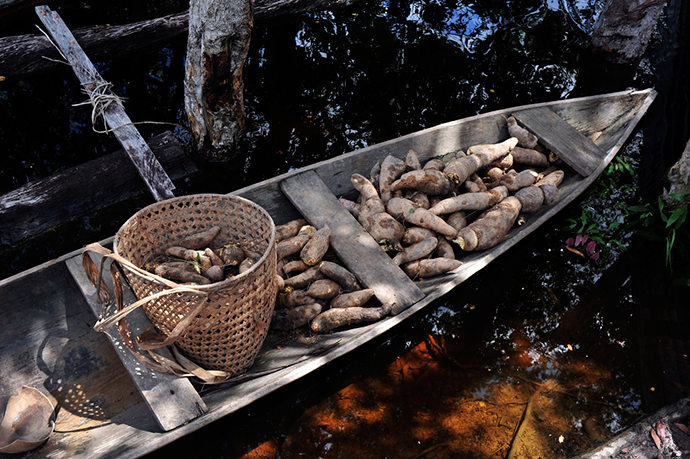 No single ingredient is more synonymous with Venezuelan cuisine than cassava (also called yuca). This subsistence crop is the primary staple of many indigenous people’s daily diets because it grows year-round in even the most drought- and pest-afflicted soils. It's a decent source of protein that is rich in complex carbohydrates and other nutrients.

Rich in complex carbohydrates, a decent source of protein and other nutrients, cassava can be harvested throughout the year.

"Cassava, a versatile, starchy tuber can be steamed, roasted, stewed, fried and even fermented."

In Venezuela, indigenous groups peel and grate the cassava, which they then press to release its juices using a woven sebucán. The resulting milky, yellowish liquid is called yare and contains high levels of toxic cyanide compounds but can be rendered edible after several hours of boiling. The dried pulp is used to make casabe flatbread or ground down even further into manioc flour.

At Taller, you'll find several of Karlos' menu creations crafted from cassava in its different forms. Working with both the bitter and sweet cassava species, the Taller team steam, roast, stew, fry and sometimes even ferment this versatile, starchy tuber. Below Karlos shares three of his cassava-based recipes: Almojábanas, Yare and Langoustines, and Naiboa. 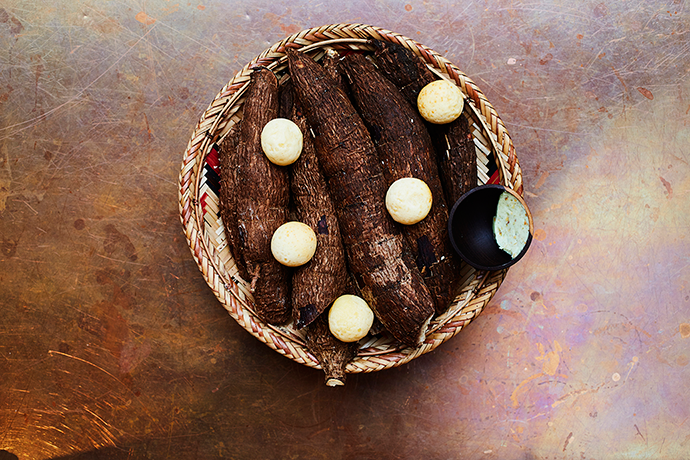 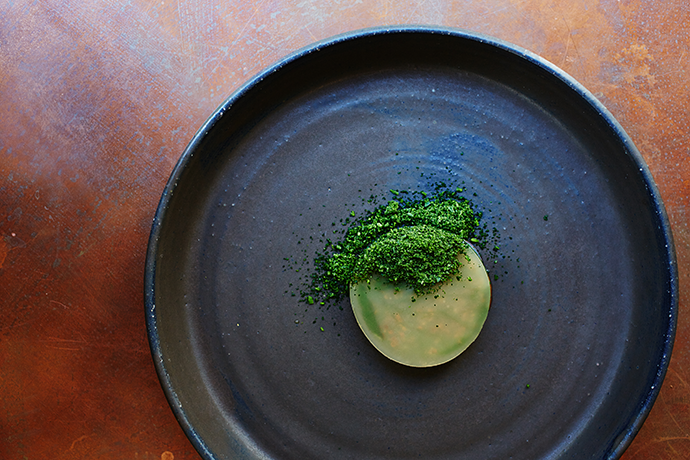 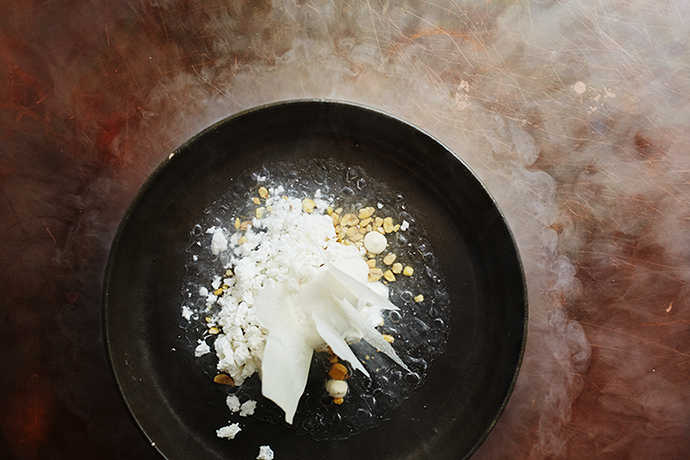 Amazonas cassava in boat photo by Neil Palmer (CIAT). All other photos by Kasper Fogh. 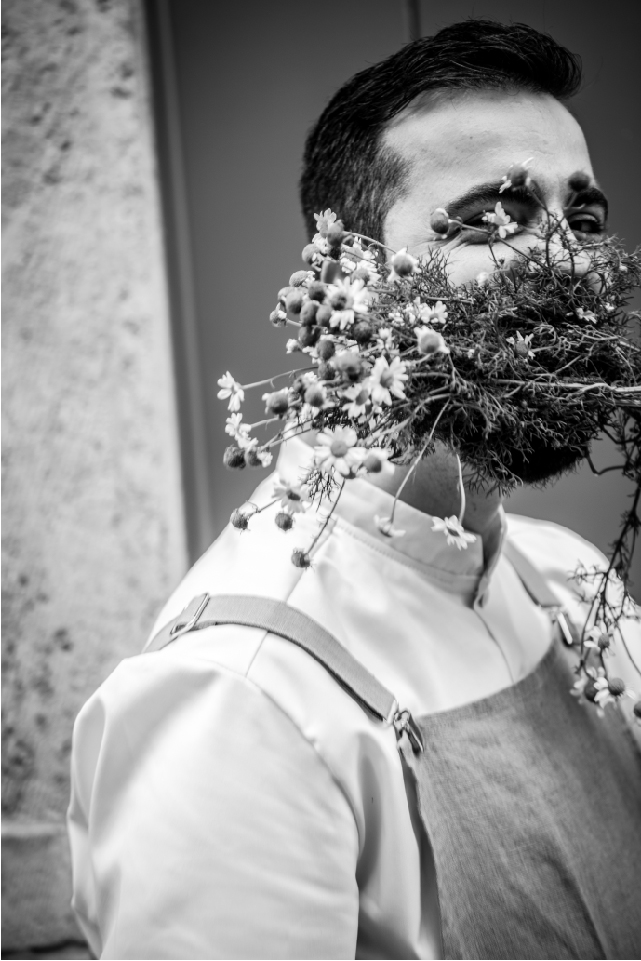 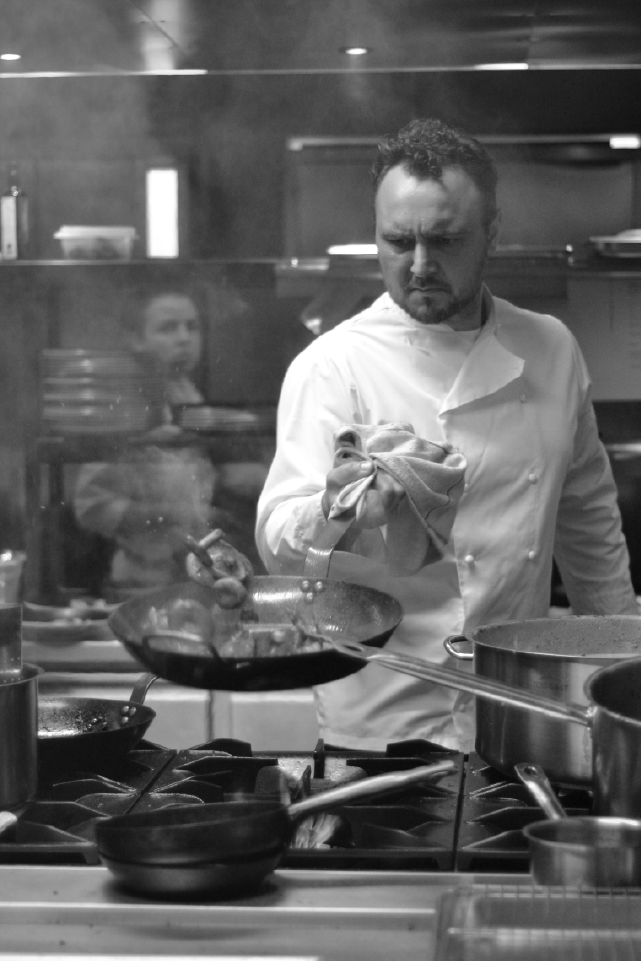 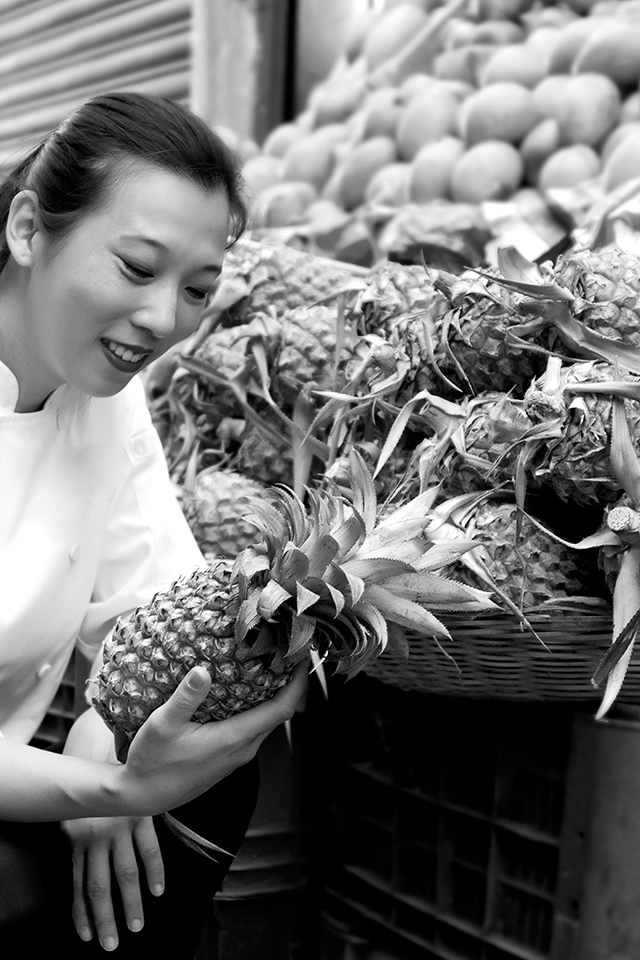