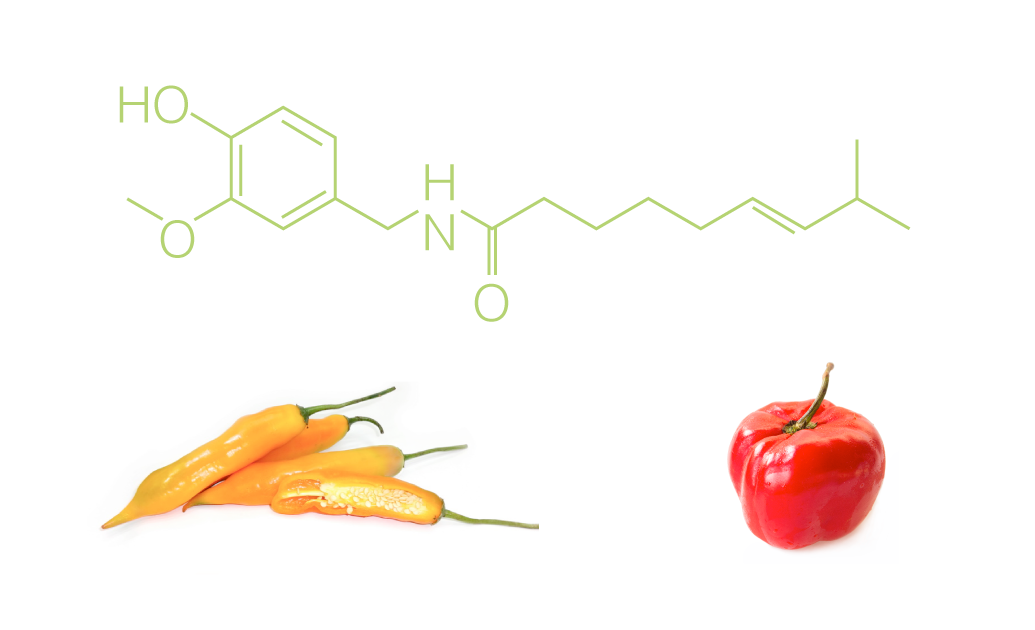 Ancho, Aji Amarillo, Habanero, Cayenne, Serrano, Jalapeno... The enormous variety of chili peppers is hard to count. Let's move your experience with chilis beyond that simple incendiary sensation too-often simply described as "hot" and dig into their flavour profile.

Pungency and the Scoville heat scale

First things first, the pungency level of chili peppers is the most obvious flavour aspect defining their uniqueness. The 'Scoville scale' (named after its creator, American pharmacist Wilbur Scoville) ranks the heat levels of peppers by measuring their amount of capsaicin. While there are others, capsaicin is by far the most important and abundant molecule producing the sensation of heat. 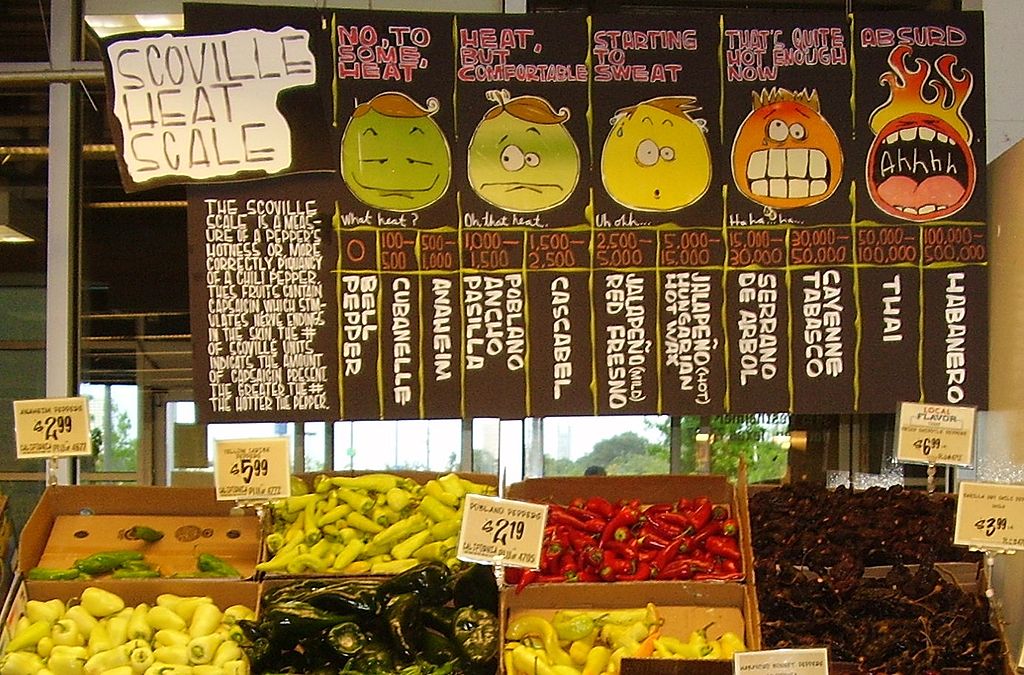 Capsaicin is present in large quantities in the placental tissue holding the seeds (the seeds themselves do not produce any capsaicin, although the highest concentration of capsaicin can be found in the white pith of the inner wall, where the seeds are attached).

With capsaicin being odorless, pungency is not something that we can actually smell directly. Important differences in flavour are due to aromas (odor molecules), typifying each chili pepper. 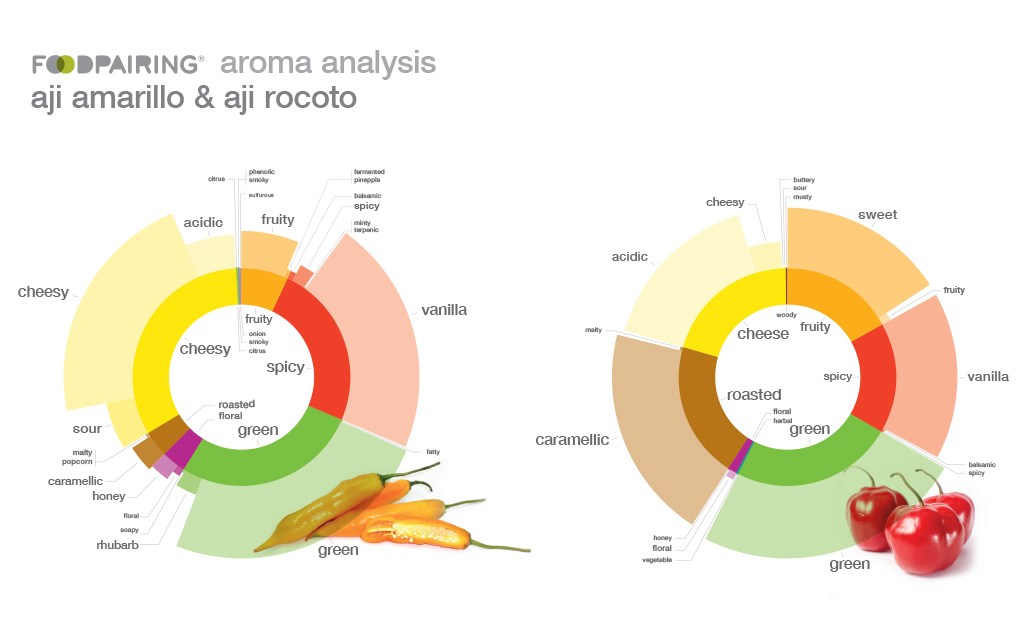 Discover your own pairings with our Foodpairing Inspiration Tool by subscribing now. Already have an account? Log in.

Each chili pepper variety also has its own distinctive aroma profile (leading to different pairings). We compared the profile of the aji amarillo and the rotoco. 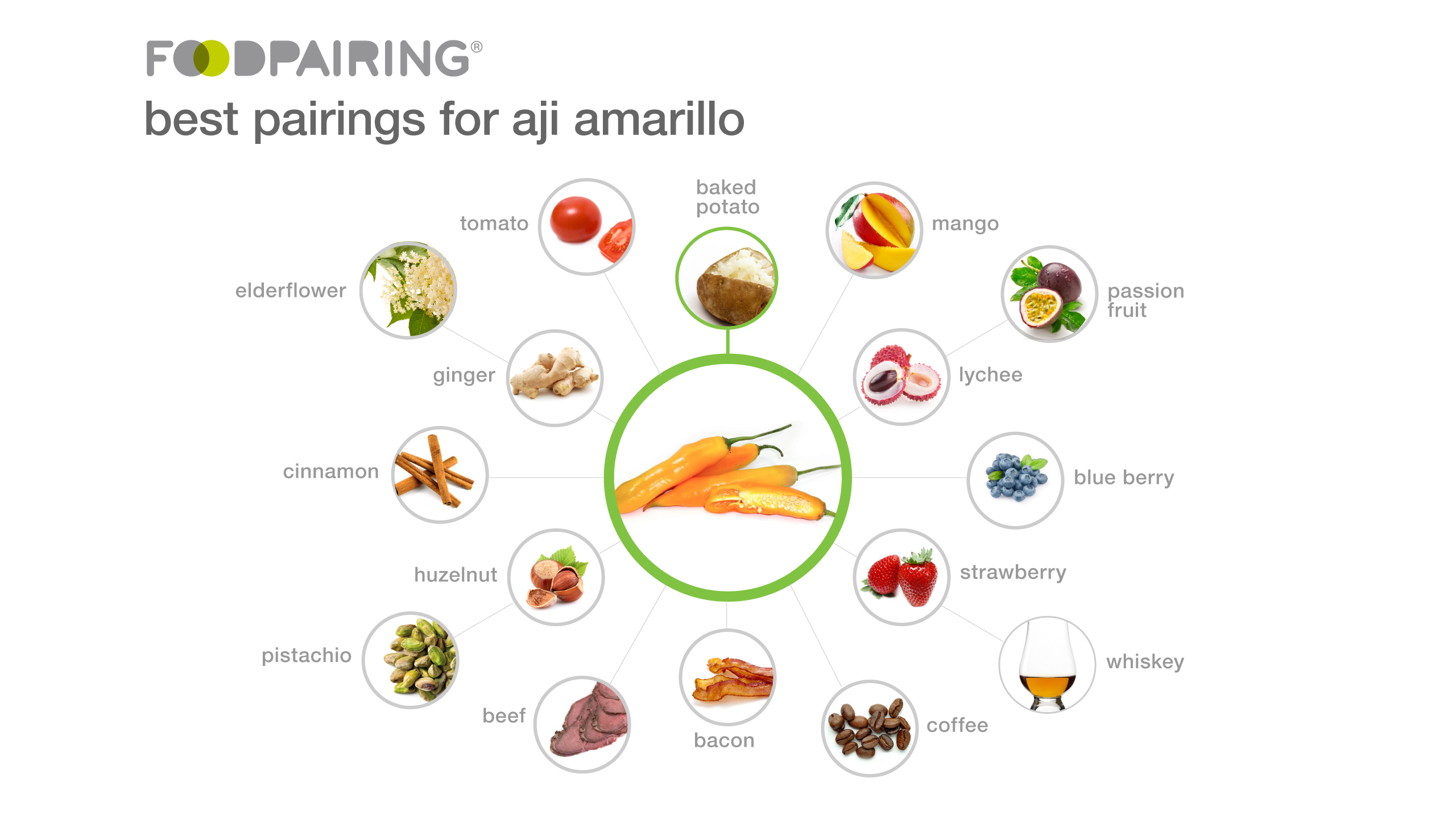 Ubiquitous in Peruvian cuisine, aji amarillo is a bright-orange, thick-fleshed chile with a medium to hot heat level. As we can read from the aroma wheel of aji amarillo, it has more floral notes (rose-geranium smell) than rocoto, making the link with ingredients like elderflower, lychee and tomato. Aji amarillo differentiates itself from rotoco by the presence of the molecule 'linalool', smelling like citrus (tiny green part of the wheel). This citrus aroma is also found in ginger, passionfruit and blueberry. 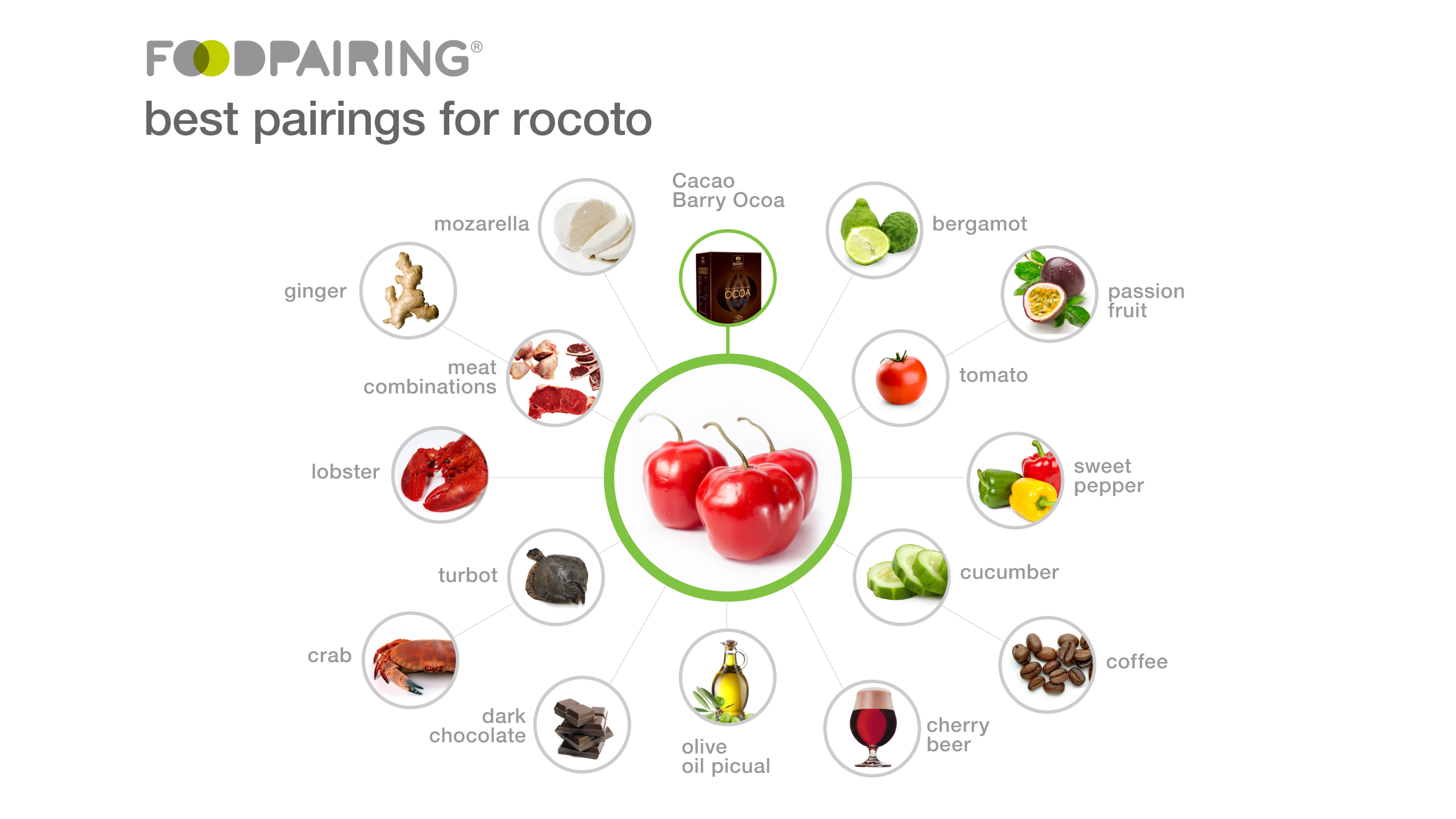 Generally not available outside of Latin-America, the rocoto is a fireball of unbelievable proportions (50, 000 - 250, 000 SHU). Rocoto offers a lot of fruitiness for its heat (more than aji amarillo). A distinctive amount of roasted-caramel notes make rocoto good fit for chocolate or coffee. The Green aromas we find in rocoto are more cucumber-like, linking to cucumber but also to seafood such as lobster, tarbut and crab. 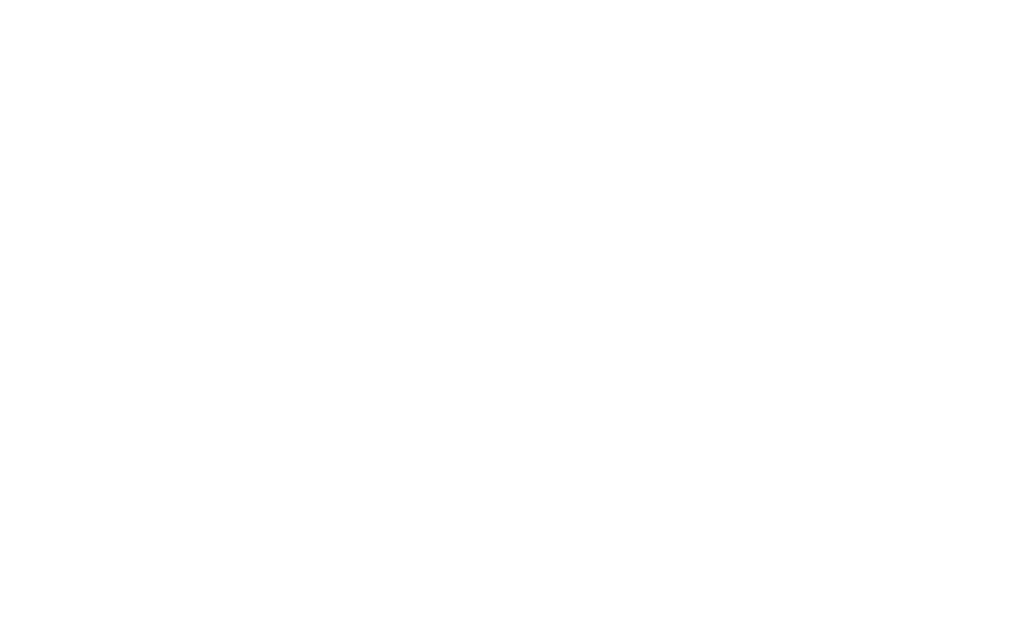 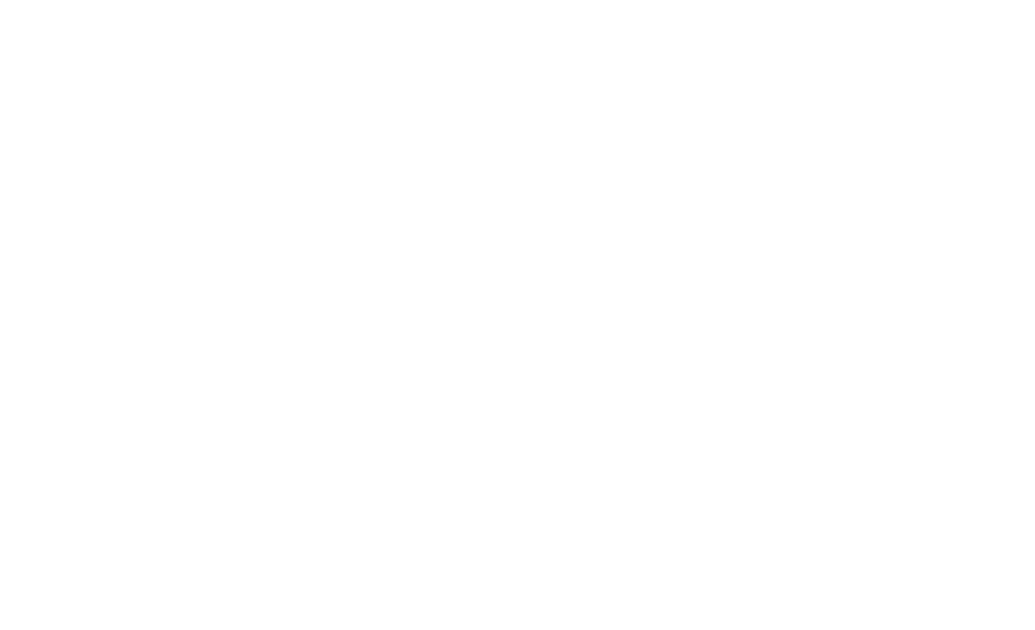 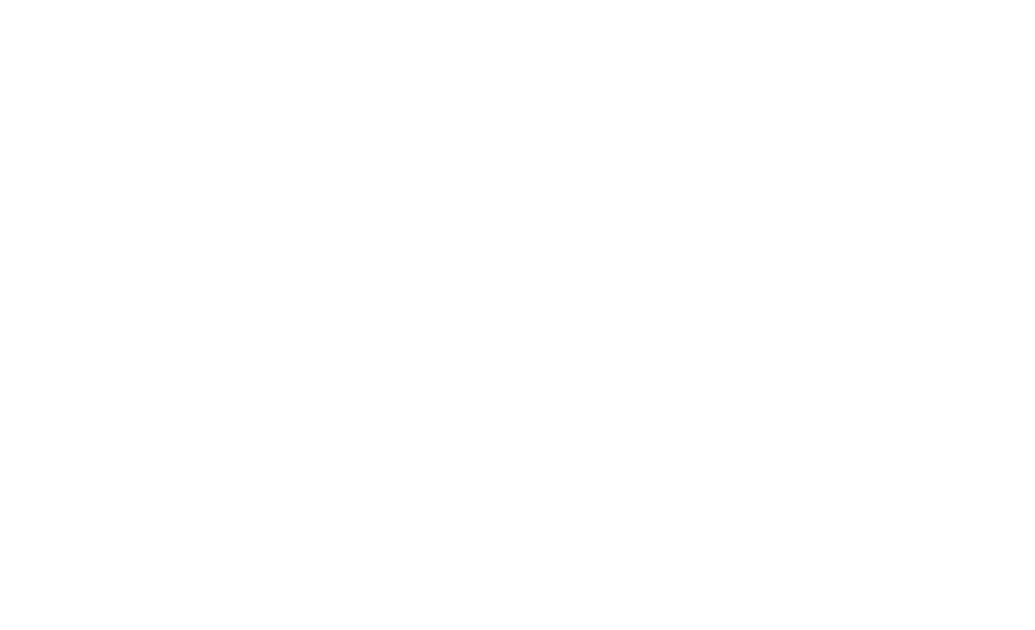 Taste happens in the brain